I have always thought wine represents a “sign of the times”, our time, which is spent silently and without pause. Nowadays, this adage is all the more true and I better understand when, as a child, my parents would speak of a bottle, of a vintage that was significantly different from another, and that some were missing because that year, the weather did not allow the production of wine. The conversation, accompanied by that specific bottle, helped guide our thought process about the changing climate, the events that occurred, the births and the deaths. It spoke of the vicissitude of people of all sorts and characters, of strong and unforgettable memories. The conversation was governed by the elders but, with good grace, the women managed to add their piece into the discussion with surprisingly lucid and concrete assessments (the accident happened that year, Piero was in hospital for a long time, it hailed early in the spring, Luigi had the mumps … rather than the measles…). In this way, we discussed the weather, the seasons, the passage of time; and the vintage was witnessed by the bottle that was ‘labelled’ with a chalk inscription, which lasted better in the cellar, where the crutin* was often damp in summer.
But let’s discuss what happened in 2017, in that wonderful Tuscan corner beloved by the Etruscans and witness of endless generations that have left traces in the dwellings as well as in the surrounding cultivated area. One fact sums up everything: between October 2016 and October 2017, less than 200mm of water fell… a figure you’d expect in the desert. 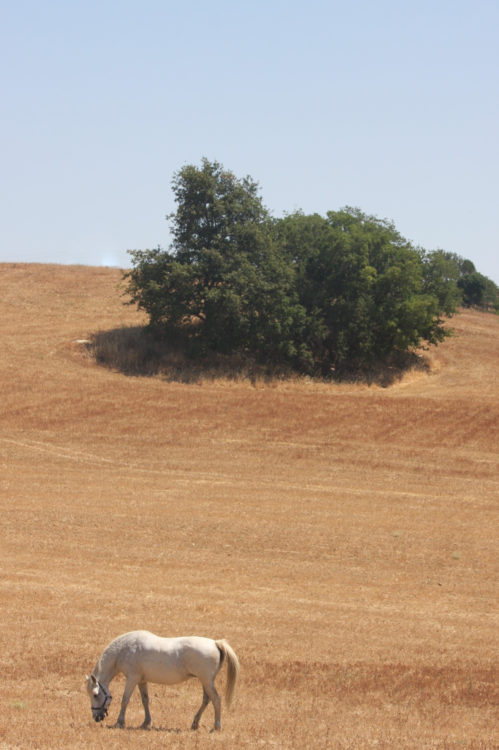 Budding happened more quickly than ever, and then, with already well-developed shoots, between 18-23 April, significant frost happened that mainly affected the lower areas, but with some icy air currents causing shriveled grapes** also on the medium and high hills. Summer started in ‘spring’ and the high temperatures lasted more than 90 days, often with highs of more than 40°C.
Sometimes the wind helped accentuate the already low relative air humidity, producing, also and above all, during the day, serious vegetative stasis of the vines, especially the younger ones, causing most of the leaves to sag, loss of vegetative growth, visibly shortened internodes, visible necrosis at the vegetative apex and the premature loss of some leaves. On closer inspection, even the wooded areas in the territory, especially at the top of the mountains, gradually began to show widespread ‘early senescence’ with atypical and varied ‘autumnal’ colours already visible in July.

The newly planted vineyards, as well as those that hadn’t started fruiting, ‘paid’ the highest price from the lack of water with the loss of numerous young seedlings. 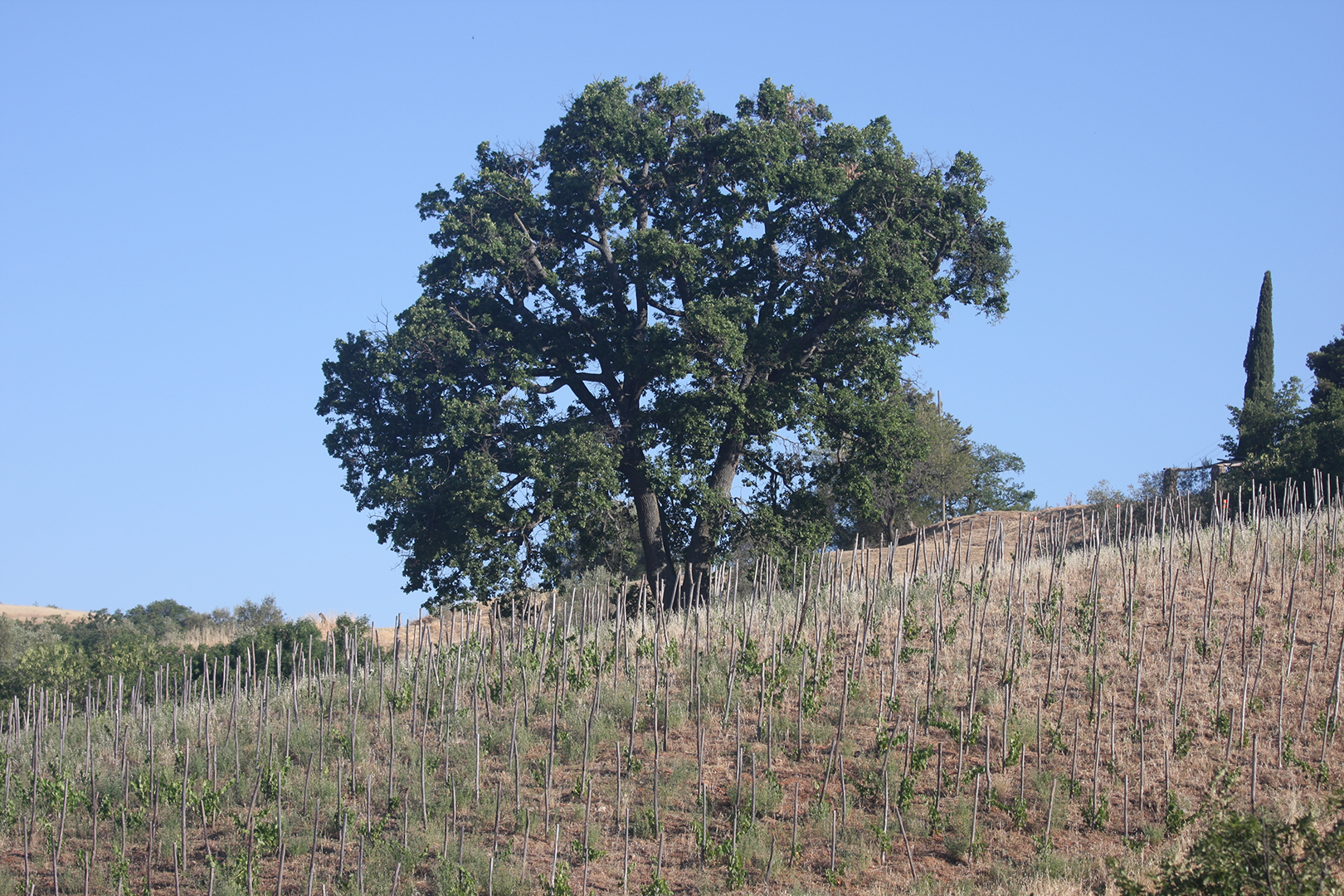 So what are the ‘lessons’ that can be drawn from such a situation? I will discuss three main aspects: the geological base, the cultivation technique and the age of the vines.
The geological base: the vineyards on the volcanic soil were exceptionally tolerant to the exasperating drought and responded excellently, maintaining an ordered and functional leaf wall (reversible water stress). The bunches did not suffer dehydration or lose their turgidity.
Cultivation technique: vegetable mulching has once again proven to be the most powerful means of mitigating water scarcity, limiting excess solar energy, and favouring the soil’s regular capillarity.
The old vines in the territory demonstrated once again their extraordinary adaptability to extreme events. Among them the Procanico and the Cannonau grigio varieties excelled, followed by the Sangiovese and the Ciliegiolo. 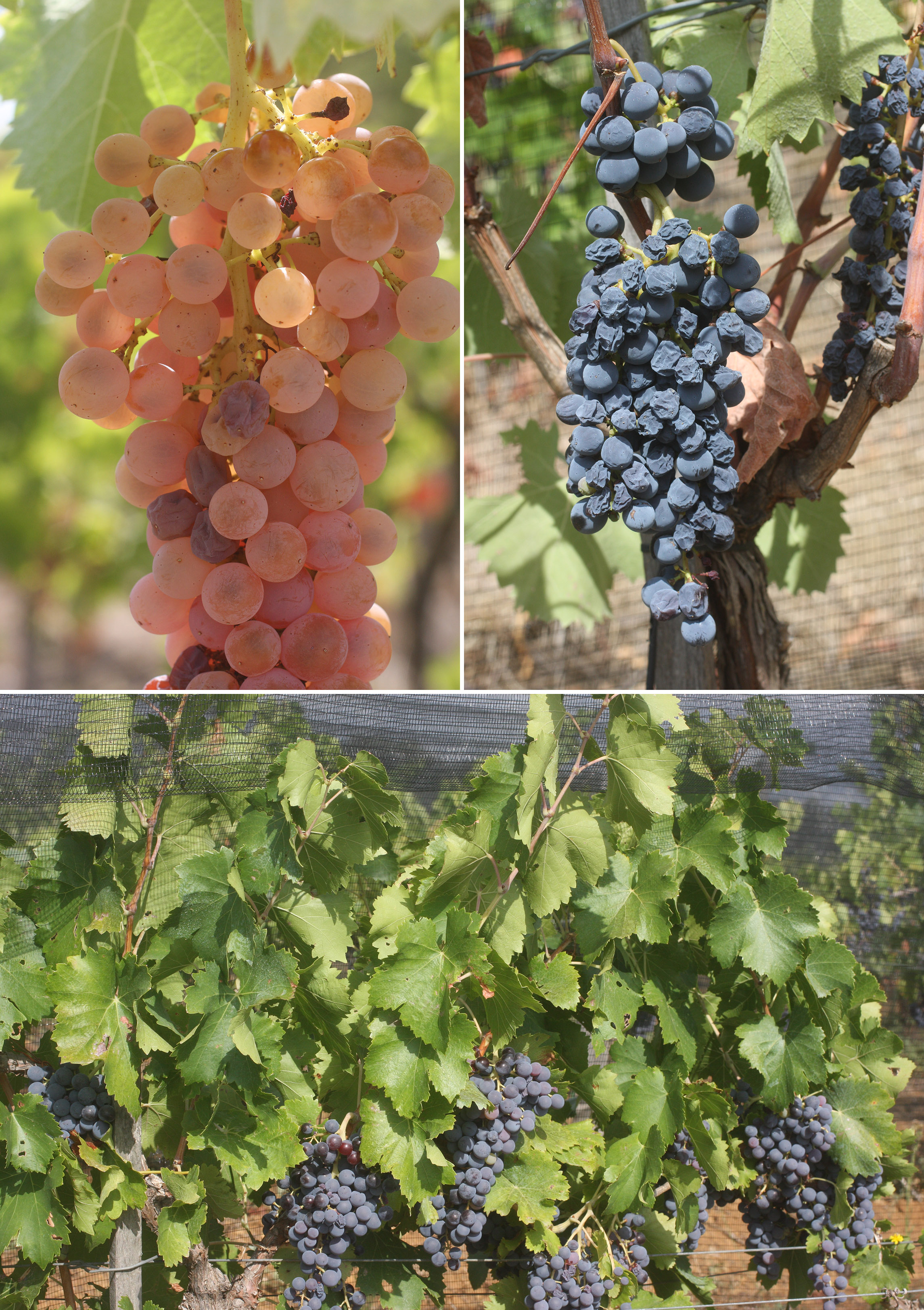 Harvest was carried out in the usual dates (from 06/09 to 27/09) as we needed to wait for longer nights and some respite from the high temperatures. Some regret for the smaller production, but great satisfaction at having managed to arrive in the cellar with such a priceless product.
You never stop learning. Every year, a different story will be told, one that is unique, still contained in a bottle, where it remains as a witness and guardian of a time that has already passed.
Meanwhile, La Maliosa has produced some “buds” of its own, the most significant is the Cudé vineyard in Valtellina (So), which we will discuss soon. As for the others, news will come a little later on.
I hope 2018 is a harbinger of health for all of us and for the plants that live alongside us.

* The part of the cellar used for storing wine
** Tissues lose turgidity and turn brown, especially after adverse weather events like late frost