In 2016, the WEATHER, despite being hot, dry and somewhat “normal”, provided challenges and food for thought in terms of future management, concluding a three-year period in which each vintage has presented peculiarities that brought both confirmations and new lessons.

Winter was exceptionally mild with the cold temperatures returning only in March. It was a rather rainy spring, beyond the seasonal average.  Summer was hot for lengthy and continuous periods, but without extremes. 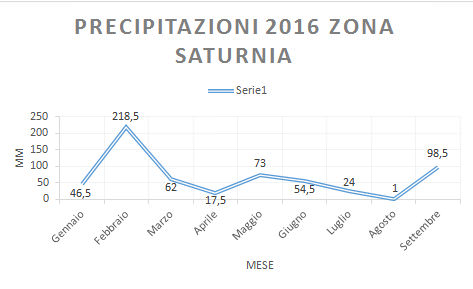 A summer peculiarity was the repeated sequences of days with high wind, both “Tramontana” and “Grecale”, bringing in dry and fresh air. Significant temperature fluctuations arrived exactly at the same time as veraison. At the end of the first half of September, the maximum temperatures were still above the norm, while the first significant drops, of about 10°C, occurred only after the middle of the same month. In this period, the first storms arrived, violent both in terms of water quantity and intensity (sometimes exceeding 60mm/hour).

In the VINEYARD, budding was normal with very fast vegetation growth thanks to good water availability. There were some problems with downy mildew coinciding with flowering, but then it disappeared for the rest of the season. Thus the 2016 vintage can be considered one of the less demanding in terms of both downy mildew and powdery mildew.

From mid-June, a drought began and persisted in the following months to severely limit vegetative growth, effectively blocking it in August. The Sangiovese grapes, in particular, were affected by water stress with significantly smaller berry clusters than normal. This phenomenon was less evident in the Ciliegiolo grape variety. The Procanico, on the other hand, was only minimally affected by this climatic trend, showing once again that it’s better adapted to the hot-arid environment of the Maremman hills.

The vines were variously damaged by birds from mid-July to the beginning of veraison. They caused major damage, especially near wooded areas and favoured the Ciliegiolo, Cannonau gris and the Sangiovese. The Procanico was much less affected or not eaten at all. Damages from wild boars, porcupines and deer were much more contained. 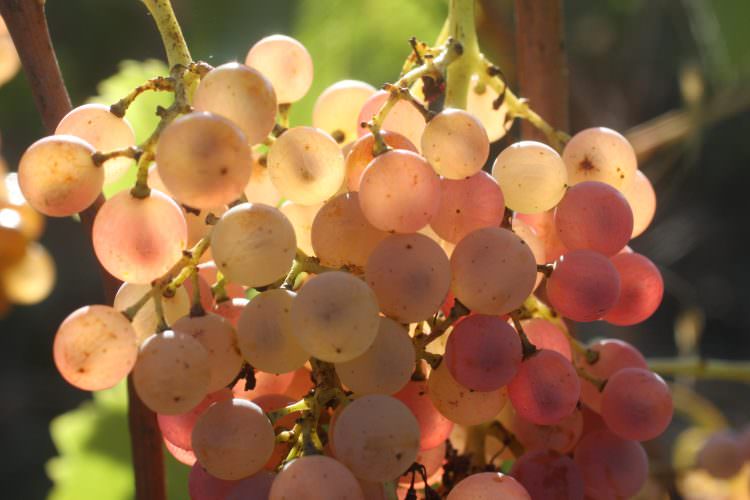 Grape harvest began on September 10 with the Ciliegiolo, followed by the Cannonau gris and Sangiovese. The Procanico was harvested, as the last variety, after September 20 and the delicate pink colour was present in almost all clusters. We have never seen such a widespread and pronounced colouration, most likely caused by the summer temperature fluctuations.

The 2016 season, apart from the viticultural trend, showed us that the incontaminated and savage Maremman hilly environment has great potential, but at the same time specific critical issues that cannot easily be observed in more estabilshed and developed agricultural areas.